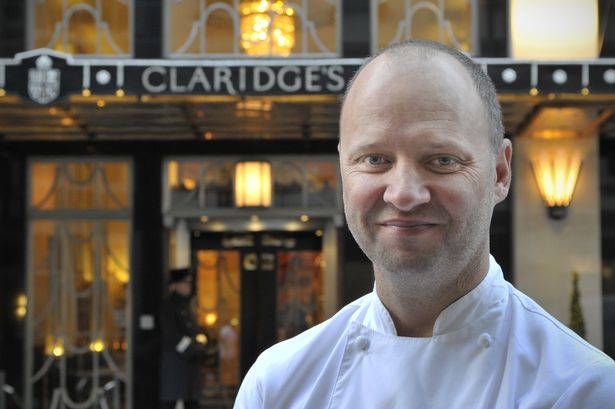 Simon Rogan’s takeover of The French restaurant at The Midland Hotel in Manchester has been nothing short of a triumph, and he’s now been snapped up by Claridge’s Hotel in London to take over from Gordon Ramsay.

The hotel has confirmed the rumours by announcing that British chef Simon Rogan, the holder of 2 Michelin stars at his restaurant L’Enclume in Cartmel, Cumbria is to take the helm at the new Claridge’s restaurant, which opens in spring 2014.

Simon Rogan has won many plaudits, most recently Restaurateur of the Year and the Chef Award in this year’s Catey Awards. L’Enclume was also voted the Best Restaurant in the UK by the Good Food Guide 2014.